View basket “Pièces d’orgue et de clavecin” has been added to your basket.

Filling a gap in the market, Lyrebird’s edition of the complete keyboard music of Louis Marchand includes pieces published in obscure French journals of the eighteenth century, as well as manuscript sources that are known to be of his composition or which are justifiable attributions. A substantial preface looks in detail at the troubled life of Marchand, discusses the posthumous 1740 publication of his organ music (which the editor has concluded to be a re-engraving of the lost 1700 Premier livre d’orgue). It also addresses the calligraphy of the Versailles manuscripts, which are the editor has proved to be autograph. Detailed notes are provided on the performance of both the harpsichord and organ pieces, and analyses of Marchand’s compositional style have led to a reassessment of his ornaments and the composer’s means of articulation and fingering. The appendix contains appropriate chant to allow for liturgical performance. 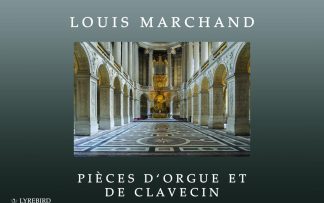