The Toccata, Chorale and Fugue for Organ incorporates many influences of its time (1957), including Romanticism, Baroque inspirations and some twelve-tone features. There are alternate endings for the Chorale movement, for when it is played alone or when the Fugue follows. Contemporary British composer and Organist Francis Jackson was master of music at York Minster from 1945 until his retirement in 1982, when he turned his focus to composition. For many years he was a prolific recitalist on the Organ, performing in virtually every major British venue. Many of his works have earned a firm position in Organ repertoire and he has been widely honoured, including the inaugural Medal of the Royal College of Organists in 2012. 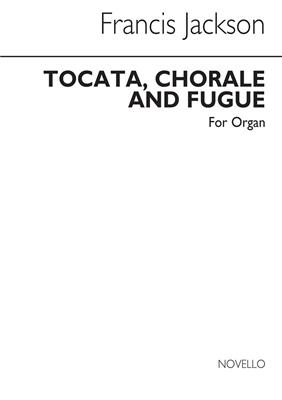