Dating from 1979, Time and Motion began life as improvisations in the church of St. Augustine’s, Queen’s Gate, South Kensington before progressing to a more permanent form on paper. The first performance was at St. Gabriel’s, Warwick Square with other important performances that year in Gloucester Cathedral and the Albert Hall. The latter is of note because on this occasion Jill Henderson’s choreography of contemporary dance entitled Clairon des Anges was performed to the last movement with an additional section preceding it. It is indeed Rhythmic Energy which seems to have acquired a certain reputation: it happily stands alone or, by using the short Interlude as a preparation for the coming onslaught, as a two movement unit. The atmospheric Exordium demands i) a certain ambience which allows the music to gradually unfold at will, and ii) on a practical level celestes which, despite their quiet dynamic, have a presence and resonant clarity.
This superbly atmospheric piece is suitable for advanced organists.
(Duration c.24 minutes) 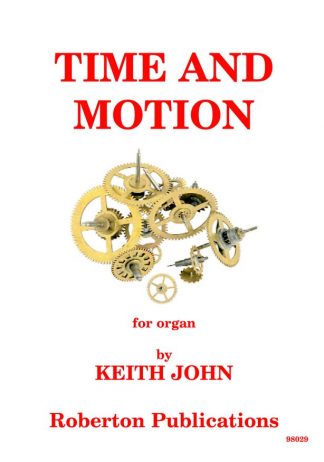