Intrata No 2 was found in a small manuscript book in the library of the Royal College of Music, with a dedicated to Sir Walter Adcock on his 80th birthday, 29 December 1941. It is a piece that deserves to be included in Howells’s oeuvre. Dated 1969, Flourish for a Bidding was written for the Royal College of Music Centenary Fund, was auctioned and bought by Novello & Company. Flourish has a stylistic characteristics in common with Rhapsody No 4 and the Epilogue 1974. St Louis Comes to Clifton was a private publication entitled ‘A Garland for DGAF’ and given to the late Douglas Fox, a distinguished one-armed Organist who was Director of Music at Clifton. Herbert Howells is a giant of 20th century Anglican church music, the remainder of whose oeuvre is in the process of gaining new appreciation. He left a body of distinguished Organ music, of which these three works are interesting examples. 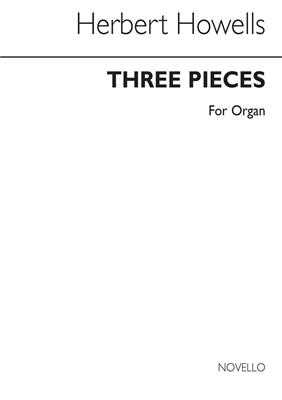