The complete keyboard duets by the Bach family

Keyboards have long been used in pairs for chamber music and one of the main traditions of the Baroque comes from the Bach family. Johann Sebastian Bach, followed by his sons Wilhelm Friedemann, Carl Philipp Emanuel and Johann Christian, created a series of works which can be played upon a variety of keyboard instruments, including harpsichord, clavichord and fortepiano, even organ. This edition includes these complete works, edited from the earliest sources, which show the changes in musical style over half a century, from the formal counterpoint of the father to the engaging melodic style of his younger sons. 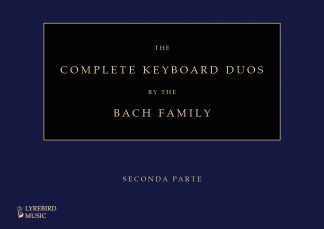