Arthur Hutchings (1906-1989) was a British composer, musicologist and academic. In his youth, he played the Violin and sang in a church choir, before studying music at University. After wartime service in the RAF he became the Professor of Music at Durham University, and later at the University of Exeter. He wrote several articles and scholarly works, most notably a Companion to Mozart’s Piano Concertos.

A noted contributor to Anglican church music, Hutchings wrote several hymn tunes and anthems, and was a director of the English Hymnal Company. Seasonal Preludes For Organ is a collection of four Organ preludes, each based on a popular Hymn Tune. Published in 1984, each prelude is suitable for a different season in the ecclesiastical year, making this a valuable resource for any church organist. 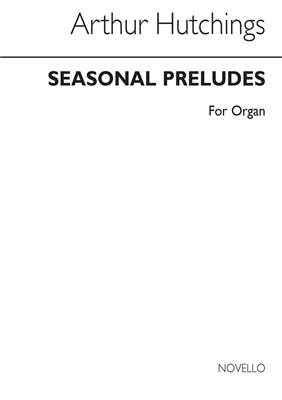