The Prelude de Profundis is excerpted from two sets of Preludes Howells composed for Organ, of which this is the first of the second set. Entirely different in mood from the nervous energy of the Rhapsody, Prelude de Profundis expresses the call ‘from the depths’. Herbert Howells is a giant of 20th century Anglican church music, the remainder of whose oeuvre is in the process of gaining new appreciation. He left a body of distinguished Organ music, of which these two works are fine examples. Howells’s first three rhapsodies for Organ were published together during the years of the first World War. It was not until forty years later that Howells returned to the form until, although it shares many structural similarities with the earlier works. 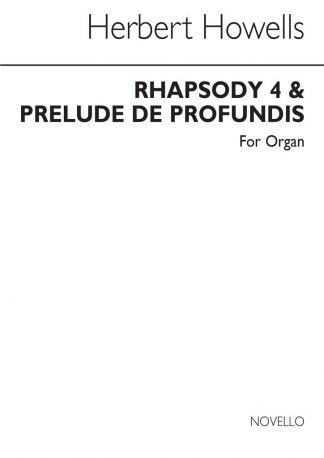