Organist and composer A.Herbert Brewer’s swaggering Marche Héro que became famous at the funeral service of Earl Mountbatten of Burma in 1979 and has remained popular since then. Organ virtuoso and composer Edwin Lemare was the world’s highest-paid Organist at the height of his career in the early 1900’s, drawing bravos from critics and the crowds who queued around the block to hear this most famous of Organists. His Grand Cortège is Orchestral, even Wagnerian, in style with bold chromatic colourings. Frank Cordell’s Khartoum Fanfare and March features melodic British military themes and was a part of the film’s soundtrack. John Addison’s Charge of the Light Brigade, also from the film, develops its military themes with élan. March for ‘The Phoebe’ was written by Percy Whitlock in honour of a naval cruiser launches in 1939 which was adopted by the Country Borough of Bournemouth where the composer was Municipal Organist. John Ireland’s Epic March was originally written for Orchestra in response to a BBC commission for a patriotic march. It is here transcribed for Organ. 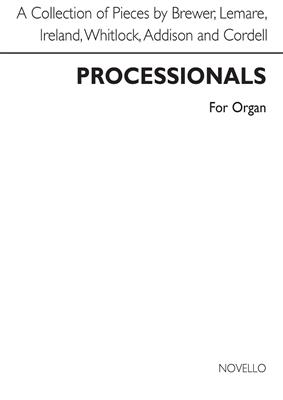