The Prelude is a flowing 9/8 song; the four-Voice Fugue follows as the slow movement; the Variations return to the original prelude theme. It is difficult to overstate the importance of Franck’s Prelude, Fugue and Variation for Organ both in his own compositional life and in the development of the French Organ school. The piece is widely believed to have been one of the elemental founding works of the school, appearing at a time when French Organ music was at an ebb. Originally one of Six Pieces appearing in 1862 when Franck was forty years old, the work established him in the minds of other young composers as a talent of serious proportions and marked the beginning of a fulfilling adult life spent as a highly-regarded composer 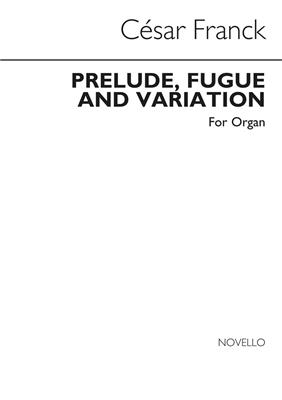