Caleb Henry Trevor (1895-1976) was a British organist, editor and pedagogue, known simply as ‘CH’ to his friends. Primarily self-taught, he studied at Oxford before spending 8 years in the army. From 1936-1964he was Professor of Organ at the Royal Academy of Music, where he taught many of the best organists of the last century, including Simon Preston and and Barry Rose. He is best remembered for his educational volumes such as the Oxford Organ Method, and also for his many volumes of music for Manuals. The Organ Miscellany is a collection of popular classic works for Organ, which have been easily arranged by C.H.Trevor. 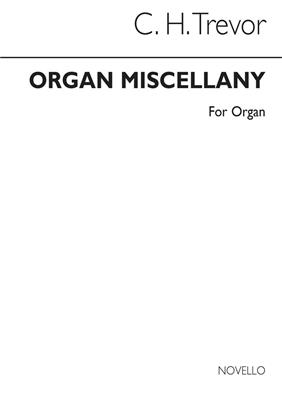