Published in 1690, Georg Muffat’s Apparatus musico-organisticus is a volume of twelve organ toccatas with a supplement of four occasional pieces for either harpsichord or organ. The multi-sectional toccatas are virtuoso in content and cover a range of musical styles, which Muffat thought to be a key feature of his compositional technique. The four additional pieces include the famous Ciacona and Passacaglia and an extensive set of variations on a blacksmith’s song. 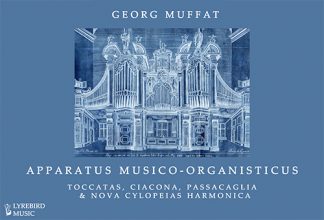