From the Oxford Organ Library

Born in Chester in 1947, Howard Skempton has worked as a composer, accordionist, and music publisher. Renowned for the distinctive clarity of his musical language, he has composed over 300 pieces, many of which are miniatures for solo piano or accordion. His orchestral and instrumental works have been recorded by, among others, the BBC Symphony Orchestra and Ensemble Bash. In recent years, Skempton has concentrated increasingly on writing vocal and choral music; his choral commissions include works for the BBC Singers and the Belfast Philharmonic Society. He is currently an Honorary Professor of Music at De Montfort University.

In this organ voluntary, Skempton has crafted a wash of melting lines using his distinctive harmonic language. Affirmation expands from a singular note into undulating four- and five-part textures. This, combined with its molto largo tempo, instils a reflective mood. 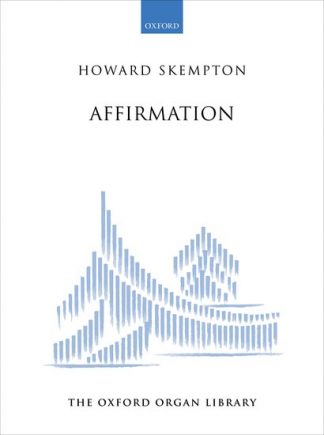