J.S.Bach’s Fantasia & Fugue in C minor as orchestrated by Elgar, then arranged for organ duet by Richard Brasier and Tom Bell.
There is a poignant story connected with this work. Edward Elgar had been hoping to write a new piece of his own for the Gloucester Three Choirs Festival in 1922, but following his wife’s death, he was finding it impossible to write original music, because, as he said “The upset has been too great”. So, instead, he turned for solace and inspiration to the music of Bach, and Elgar’s magnificent orchestral showpiece was the result.
This arrangement was premiered by Richard Brasier and Tom Bell on 2nd March 2016 at Holy Trinity Sloane Square, London, UK
Duration 9½ minutes 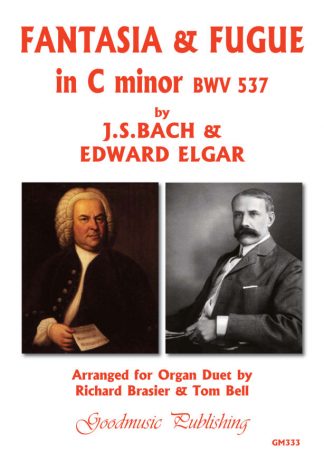